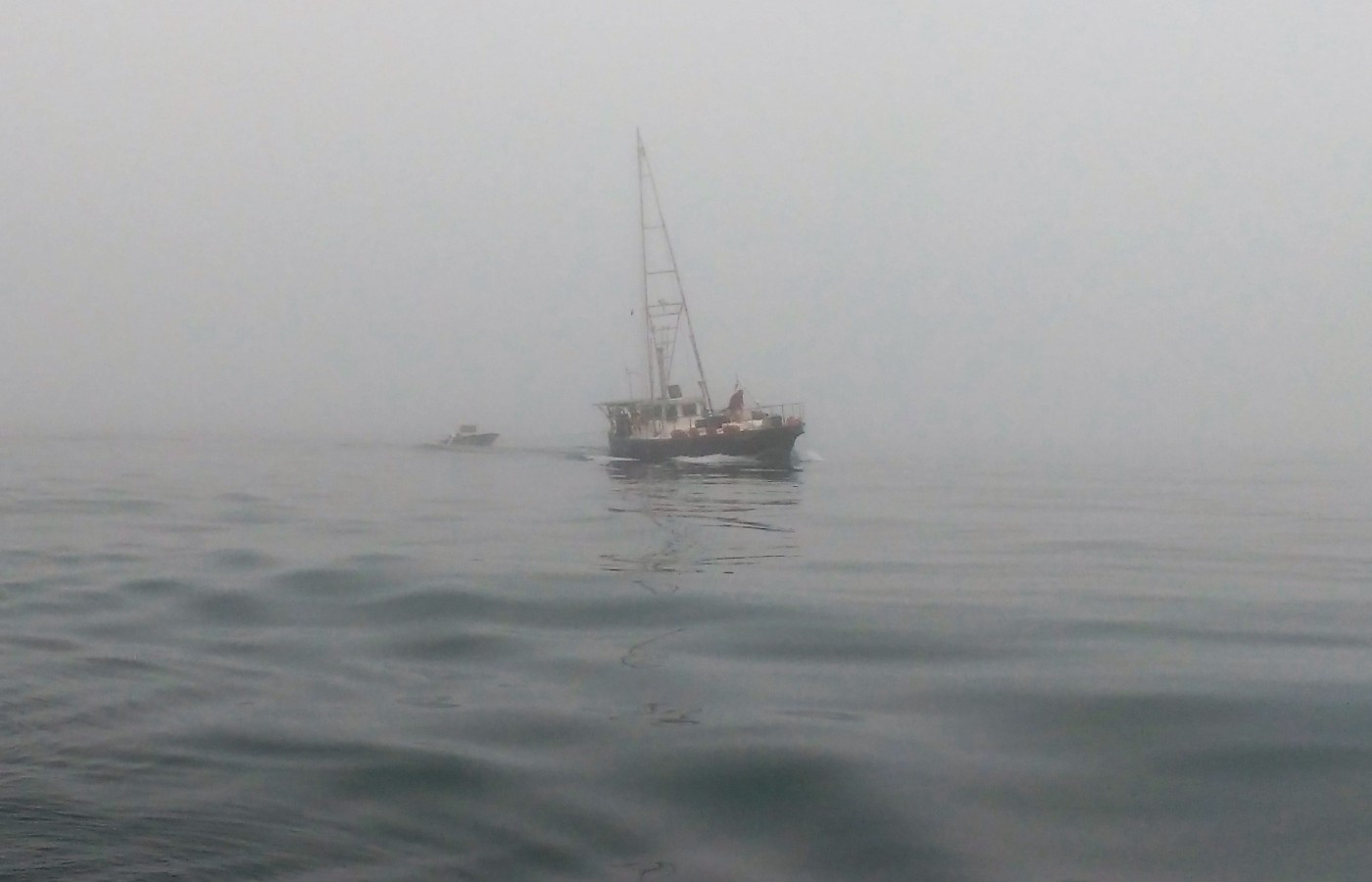 Today I didn’t see much, most of the day was spent in fog.  I rounded Cape Scott at the top of Vancouver Island less than half a mile off but it remained invisible, shrouded in fog.  Of course fog meant little wind so I motored from Bull Harbour around to Sea Otter Cove on the West side of Vancouver Island.  Nearly all the way the visibility was less than a quarter of a mile.  Disappointing as I would like to have seen the coast close up.

Entering Sea Otter Cove was a bit tricky, passing between unseen reefs in the fog until finally the entrance appeared at the last minute when I saw the surf breaking on the shore.  Once inside the cove the sun came out and revealed the beauty of the place.  However, shortly after anchoring the wind blew hard from the northwest with rain and postponed my intention to go ashore for an explore.  To compensate I made pancakes.

I had a close encounter when a large humpback whale appeared right ahead out of the fog and then sounded just under the bow.  I watched as the whale tail came out of the water and slid down vertically and disappeared right in front of me.  Of course it happened so fast and unexpectedly I didn’t have time to take a photo.

Running the boat in fog is always trying when singe handed, especially on this coast where a constant watch has to be kept for logs as well as other ships.  The radar can detect other vessels but floating logs are too low in the water and don’t reflect a signal so aren’t picked up on radar.  Today I saw a complete tree floating along with seabirds using it as a resting place.

The sea was teaming with wildlife, thousands of seabirds, whales, sea otters, and seals.  The sea otters around here appear to be the largest I have seen so far, larger than their Alaskan cousins.

I am looking forward to travelling down the west coast of Vancouver Island to Victoria.  A route I have travelled many times before on big ships, in and out of the Juan de Fuca strait, but always at a distance.  Now I have the opportunity to see it close up.  Total voyage distance 725.3 miles.