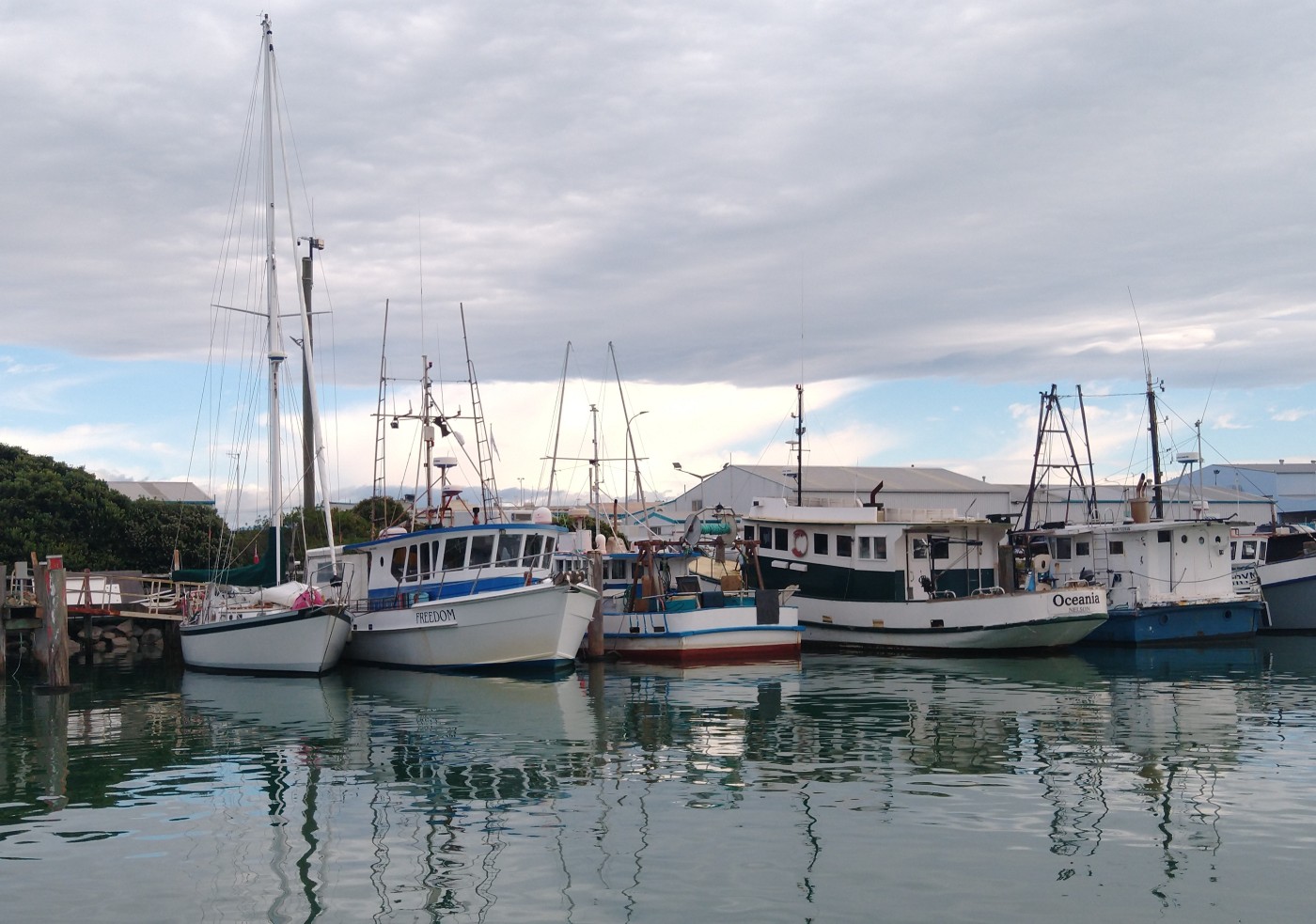 When I returned from the brewery tour on Tuesday I noticed that the floating work jetty adjacent to Truce was empty and the securing piles were missing.  Instead, the jetty was held in position by a spider’s web of ropes.  Funny I thought, maybe they have removed the piles for refurbishment or replacement.

On Wednesday morning when the workers returned, I learnt the true story.  The strong winds of Tuesday had caused the NIWA ship, which was under repair alongside, to break the piles and set the dock adrift.  This caused utter mayhem and pandemonium in the howling wind as workers and crew scuttled about to try and control the runaway ship and dock.

Fortunately, the port tug arrived just in time to prevent Truce being crushed alongside the adjacent wharf.  Apparently, it was a very close call.  Thankfully, I was oblivious to all this drama, happily sampling ale in the brewery.

Later in the morning I was asked to move berth as there is another boat coming in for repairs.  After learning of yesterday’s excitement I was not averse to a move.  Truce is now moored in the fishing boat pens opposite the marina.  A nice spot with easy access to town.

I spent some time in the evening comparing weather models for the trip north.  Still no acceptable window and the different forecasts are somewhat conflicting.  The Metservice weather man says there are several embedded fronts in the westerly flow, that sounds uncomfortable.  I will wait until there is consensus between the different models.

The real gravitational centre is thought to be about thirty-five kilometres away.  But, with the recent earthquakes and bits falling off Mount Cook nobody is really too sure anymore.  I consoled myself with the wonderful views and the fact the strenuous exercise must have been good for me.

A little later, back in town I further consoled myself with a locally brewed cold beer and burger.  Got to have health food after exercise.

2 thoughts on “CENTRE OF NEW ZEALAND”